Owning a cell phone can sometimes be like a love relationship. You enjoy it, love it and cherish it until you lost it and then its associated troubles of leakages emerge. It exposes you to its newfound owner, leaks all your data, secrets, if any, like the girlfriend who doesn’t want to be with you anymore and goes around telling people how you are this and that.

It was never a secret that a recent plot to wipe out the entire Red Dragons force, the most dreaded Amba force on GZ, was an inside job. What wasn’t clear, however, was who the insider and his/her connections to LRC forces were.

Impeachable evidence now recovered from the cell phone of Gen. Ayeke, (now on the run), second in command to Field Marshall, has emerged linking the trio of AGC Cho Ayaba, working with LRC, and Gen. Ayeke as the link, engineers of the failed massacre.

You will recall the battle that took place in Azi a few days before the massive assassination plot on the Dragons. The Dragons had launched an ambush on the LRC soldiers in Azi in revenge of three of theirs lost in a previous battle in the small village of Nguhdeng, bordering Dschang and Lebialem. The revenge mission dealt such a devastating blow on the LRC forces and their trucks, killing about 30 of their soldiers as later reported by eyewitnesses in Dschang. However, in the Azi battle, it was reported even by Sec. Chris Anu, whose brother is Field Marshal, that the Dragons lost three of their own in the hands of LRC soldiers that day. It was widely reported also that one of those killed was Gen. Ayeke, the second in command to Field Marshall. Even Sec. Chris confirmed it before later withdrawing the information.

The Dragons did, in fact, lost three people. But guess who killed them! Gen. Ayeke wasn’t one of those killed and neither were the three lost killed by LRC soldiers. They were all shot to death by Gen. Ayeke who had quarreled with them before leaving the camp that day.

The corpse in braids, looking so much like Ayeke, a Fotabong boy, according to Dragon sources wasn’t liked by Ayeke because he was becoming very famous with his exploits in battles. He was beginning to lead missions instead of Ayeke. Ayeke grew jealous, quarreled with him on several occasions and even on this day of battle.

When they got to the battlefront in Azi on this particular day, Ayeke was leading the command. Pretending to take up position in a vintage place, other soldiers said he separated from them and took to the hill, laid in wait to give orders when they should trigger the Nkiageh, the locally fabricated Canon, on the passing LRC forces. Once the LRC soldiers showed up, unknown to them that an ambush was set against them, Ayeke gave orders and the Dragons unleashed on LRC soldiers.

Usually, when they do this, they immediately take off for fear of the other side returning fire in their direction. As they were taking off from their positions to avoid enemy fire, Gen. Ayeke from his vantage position, shot and killed the three. As others scattered thinking that it was enemy fire that was heard, Ayeke carefully walked down to the remains of the Fotabong fighter – his look alike, placed his Red Dragons ID card and his old BIR hart on his body before leaving. This explains why it was reported that he was the last to get back to the camp.

When this staging was over, the unsuspecting LRC soldiers came and discovered the bodies with Ayeke’s ID and hart on the dead body. They snapped it and sent it viral on the social media that Gen. Ayeke was among those killed. It never was the case, it was a set-up, a staged job.

But that is the scene from where the bigger plot to wipe the entirety of the Red Dragons got set. After the news went viral that Gen. Ayeke was killed, whereas, he wasn’t. Ayeke received the sum of 400,000 FRS, (it could have been more), but at least this is the amount he confirmed to his peers in the camp. He said the money was sent to him from the USA by one of his fans who wanted him to celebrate with the Dragons for missing death at the Azi battle where he was reported killed. At the camp, he began preparations for the party, ordered drinks and they brought it in, bought chickens and a Pig that would be slaughtered for the celebration. Then he took the news of the 400,000 FRS and the celebration to Field Marshall.

Else we forget, this party was a setup. The Dragons will eat, dance and all get drunk and then fall into a deep asleep and LRC soldiers will just walk in and finish with all of them. Unfortunately for the master engineers – Cho Ayaba, Ayeke, and LRC, Field Marshall had bad feelings about the whole thing and botched it. The party had been planned to hold the evening/night before LRC soldiers would show up early morning. It was hoped that the Dragons would all be sleeping when the LRC soldiers show up. That way, they will be left with no defenses to either defend themselves or even to escape. But again, the instincts of Field Marshall saved them the calamity.

At Field Marshall’s insistence that no party should hold in the camp, a decision Ayeke knew was going to spoil his plans, he Ayeke, got very upset and agitated. He left the camp before the morning of the plot so that when the killers came, he was already gone. It is said that what saved the Dragons was the absence of Network in Lebialem. Had network been available, the Dragons think that Ayeke could have been able to with precision, coordinated effectively the timing that the LRC soldiers showed up in the camp. He could have communicated to them that the party wasn’t holding anymore and they would go for another plan, maybe for another day. But the absence of communication helped botch the plot.

The Dragons have never reneged on their safety and security. Their camp is guarded 24/7, at different levels with guard change every three hours, 24/7 so that no one falls asleep on duty. That the LRC soldiers succeeded to penetrate them was never a security breach.

This is what happened. Ayeke had given LRC soldiers, a map with landmarks of the entire camp area starting from Azi. The map indicated exactly the spots on which the Dragons’ guards were hiding on the way to the camp. LRC soldiers utilized the map most effectively and with precision too. Once on their way to the camp, they will come close to where Dragons guards are stationed and then cut them off by digressing into the bush and staying in it until they have walked past the area of the guards undetected.

They followed the pattern and avoided all the guards until they descended on the compound hosting the Dragons.

How we now know all this is from the cell phone of Ayeke that was confiscated at interrogation by Field Marshall. In the cell phone, they found the map sketch, communications between Ayeke and Cho Ayaba and instructions for Ayeke to collect the 400,000 FRS for the party. Ayeke wasn’t communicating directly with the BIRS, messages to him in the phone from Ayaba clearly stated that he, Ayaba was discussing the attack plan with LRC soldiers who will actualize the plot. Ayeke was to be a mere link. There are other contacts found in Ayeke’s phone that we will consider classified. Cho Ayaba had been in touch with him for a while and the ultimate plan was to eliminate Field Marshall.

On the morning of the attack, aware of what was planned, Ayeke left to another village called Mbindia. Here, he pre-emptively disclosed to the locals how the entire camp came under attack, everything destroyed, and everybody, including the Field Marshall, killed. He told the unsuspecting locals how he was the only one who survived, and that he was at the moment going to start recruiting new boys to reconstitute the Red Dragons under his leadership. He honestly thought everyone had been killed because that was the plan, and he had left before the executioners invaded the camp. He wasn’t aware that all the Dragons escaped. After taking a number of bottles, he returned to the camp – to confirm the deed, but unfortunately, he discovered that only the camp was burnt and only one person who wasn’t even in the camp was caught and killed by the LRC thugs. Afraid that his plot may then leak, he planned an escape but got intercepted by the Dragons on the way.

They confiscate his phone, brought him to Field Marshall, and he interrogates him and brought to his attention all the other crimes he had committed including the killing of another fighter in a battle at Mmockbin. He refuted all the allegations, including that of the killings in Azi where he had dropped his ID. But he didn’t only refuse the accusations, he took the gun and swore on it. His phone wasn’t searched at the moment of the interrogations. They still had the benefit of a doubt for him over the crimes and so still cut him slack after the interrogation. After the Field Marshall retired to his den that evening after the interrogations, probably sensing danger with the confiscation of his phone, Ayeke escaped same evening and never returned. He was, therefore, already gone when they access his phone to uncover the map sketch of the camp, the party deal, communication with Cho Ayaba and how Ayaba was telling him how LRC agents will actualize the plot.

Social media reports and posts that the ADF rescued Ayeke are huge fabrications. Where did they rescue him and from who? What Ayeke did by running into their hands was all part of the plan. He will carry on the deed and then run back into the hands of Ayaba. It should be noted that Ayeke hails from the same village with Tapang Ivo, Tapang may have certainly played a part in linking Ayeke to Cho Ayaba.

Restoration forces must stay away from this traitor and from all the phone calls that Ayaba is making to them to sway them to work with him. Ayaba’s latest plan is to move permanently to Ground Zero or Ground two. It is part of the deal that he got in Spain recently where a small group there would sponsor his ADF only on condition that he moves to GZ or ground two, and operate from there. Ayaba is currently trying to get Gen. Ayeke to start a group of ADF in Alou, another LGA in Lebialem. Is Ayaba about setting up a Batibo in Lebialem? We wait and see.

But something worth noting in this story is once more the link between Ayaba and Laripoblik. He contracts with them, uses Gen. Ayeke and the deed is done. Does anyone still doubt who Cho Ayaba is working for?

By Nkemanjong Charles, in Dschang 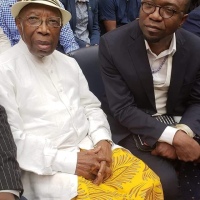 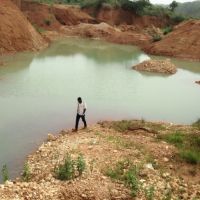